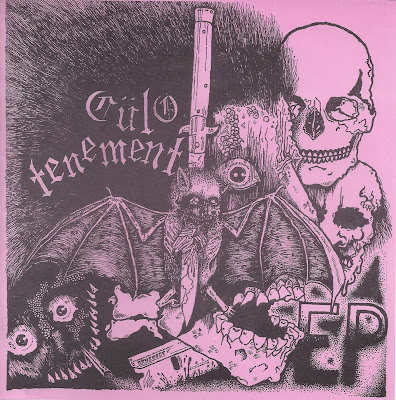 FINALLY. The splits are finally in and they couldn't be more perfect. You already know what to expect from these bands and I'm not even gonna bother writing a description because you're going to download this regardless. Right? Right.
Cülo/Tenement Split
Tenement Facebook 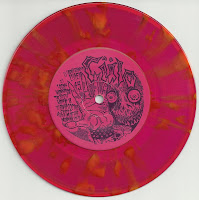 The color vinyl is fucking beautiful. Hands down the best colored vinyl in my entire collection. Nick had to get this pressed at an entirely different pressing plant than the black vinyl.
Posted by NARROW MIND at 11:18 AM 2 comments: 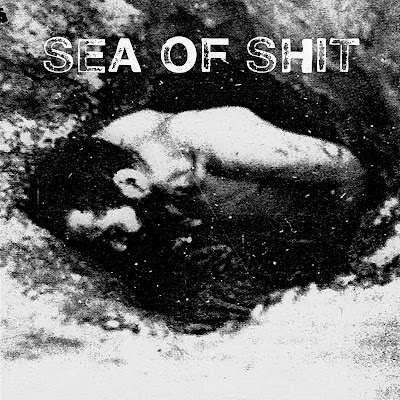 THEY BACK AND THEY PISSED. I've been waiting for this record to come out for quite some time. Robby just had to tease us with the tape version first and he even sent me the MP3s before that. So needless to say, I've been anticipating this slab of wax for months. It has lived up to every ounce of my expectations. This thang picks up where their split with SOCIALLY RETARDED (R.I.P.) left off, only it's ten times as pissed and even faster. I gotta say that my favorite part about this record is Robby's vokills; they're too sick. GRINDING VIOLENCE.
Sea Of Shit EP
Blogspot

I would recommend that you pick this up.
Posted by NARROW MIND at 11:08 AM 1 comment:

Newer Posts Older Posts Home
Subscribe to: Posts (Atom)
This blog is run by Max and A.J. If any bands want us to take down their music, let us know and we will remove it immediately. Requests are accepted but not necessarily fulfilled. Also, if you would like us to post your band, send us A COPY of your tape/record and I'll post it if I'm into it. For any questions, email A.J. at durso1753@gmail.com.